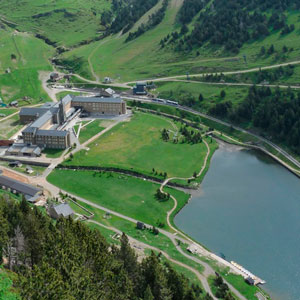 The Vall de Núria mountain sports station, with its uniquely rich natural setting, lies in the easternPyrenees, within the municipality of Queralbs. It dominates one of the highest points in the Ribes valley, and is surrounded by peaks rising to almost 3,000 metres where a multitude of springs and streams are born.

A spectacular high mountain landscape with a distinctive form of transport: the rack train. The line travels 12.5 kilometres, climbing over 1,000 metres.

The sanctuary church of Our Lady of Núria

Núria is a popular destination for pilgrimages. Nearly two thousand feet above sea level, it offers not only natural shelter among high peaks, but also the spiritual shelter of a sanctuary church dedicated to Our Lady with ancient roots and traditions. 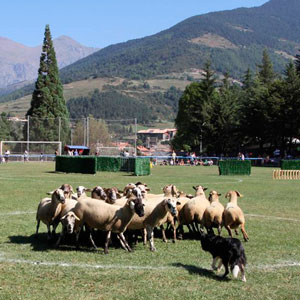 The Ribes valley lies in the north-west of the Ripollès area and takes in the villages of Campelles, Planoles, Pardines, Queralbs, Toses and Ribes de Freser, the economic capital of the valley. The natural richness of the area is its main attraction. Water is to be found everywhere, in the form of springs, waterfalls and streams.

Typical high mountain vegetation lines the footpaths and trails, and native wildlife coexists with the farm animals that populate the woods, pastures and meadows. Surprising views are waiting to be discovered everywhere, including the country architecture which fits perfectly into the landscape and bears witness to the activities of farmers, ranging from animal enclosures and stone salt licks to shepherds' huts.

However, the valley's most important legacy from the past is its Romanesque architecture, from major monumental sites to small churches, rubbing shoulders with mediaeval castles and Art Nouveaubuildings to make up a rich heritage in the area.

A mountain village at the foot of the Puigmal (2,913m). It boasts a remarkable example of Catalan Romanesque architecture in the church of Sant Jaume. A historic monument of enormous importance, particularly because of its unusual narthex, or southern entrance, dating from the 12th century and decorated with five carved capitals held up by polished blue marble columns.

The slate-roofed stone houses of Queralbs cluster together along narrow cobbled streets, preserving the rural appearance and mountain character that so sets it apart from other villages in the area. With a population of about 200 people, it belongs to the comarca (county) of El Ripollès and is one of the municipalities that make up the Ribes valley and the highly popular Núria valley. The latter actually forms part of the municipality of Queralbs. 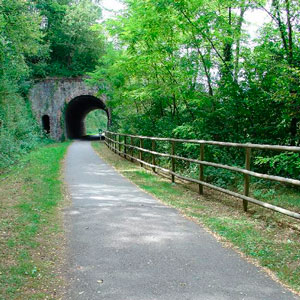 The name of the Ruta del Ferro i del Carbó (the Iron and Coal Trail) is a reference to the important tradition of iron forging in the Baix Ripollès area and the extraction of coal from the mines of Ogassa. The 12 kilometres of the route, following an old railway line, are now the ideal way to enjoy a day out walking or cycling, a reminder of an industrial past to which we are all the heirs. The Sant Joan de les Abadesses -Toralles section worked until the mines were closed in 1967. The stretch from Sant Joan de les Abadesses to Ripoll, on the other hand, remained open until its centenary year, 1980. 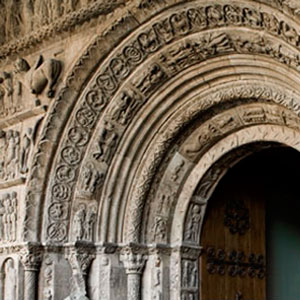 The comarca (county) of El Ripollès is home to Catalan Romanesque heritage of the first order. A wealth of Romanesque architecture extends to every corner of the area, and the sheer number of these structures means that El Ripollès boasts one of the most abundant clusters of Romanesque art in Europe, with more than 98 sites spread through every municipality. There is a rich concentration of these close to Queralbs and in the Ribes valley.

The church of Sant Jaume in Queralbs

The church was consecrated in the 10th century and, two centuries later, was rebuilt to keep up with the increasing local population.

The building, with its single nave, has ribbed vaulting as the original roof was damaged by an earthquake in 1428.

The most interesting feature of the church is the porch, made up of six arches supported by blue marble columns. It is one of the best-preserved porches of its kind. Human, animal and fantastic figures are carved on the capitals. They are clearly influenced by the Roselló school of sculpture.

A Land of Counts and Abbots

A fascinating journey to Catalonia's origins 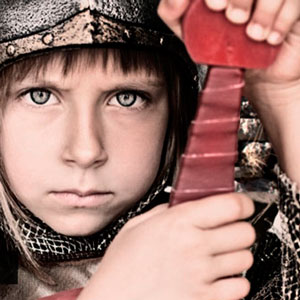 The cultural and natural heritage of the Baix Ripollès, an area closely linked to the period when the country was being forged.

With the monastery of Ripoll and the convent of Sant Joan de les Abadesses, founded by Count Wilfred the Hairy of Barcelona in the 9th century, as its stars, the Terra de Comtes i Abats (Land of Counts and Abbots) project offers visitors a fascinating journey through a region packed with sites linked to this period when the country was being forged. Spots where history, culture, religion and art have all made an extremely rich mark in terms of heritage, along with the testimony of extraordinary figures and events waiting to be rediscovered.

Land of Counts and Abbots takes in the heritage sites of Ripoll, Sant Joan de les Abadesses, Campdevànol and Gombrèn. All these places, home to world-class monasteries and other heritage, have also put in place the infrastructure necessary to create a first-class product for visitors, including information centres and museum spaces, as well as using specific signposting.

Read more on the Terra de Comtes i Abats website 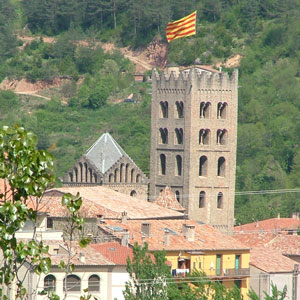 Because of Ripoll's strategic location at a crossroads and its early industrial activity - it was the cradle of proto-industrialisation in Catalonia - the town has always welcomed people from other places and cultures.

This diversity of cultural influences forms the basis of the town's rich fabric of society, people and associations. It is a lively town that looks to the future, one where every day hundreds of businesses supply goods and services that will travel far away within the global economy, bearing the signature of a town, its people and a tradition going back many centuries.

This site uses cookies and similar technologies. If you not change browser settings, you agree to it. Learn more